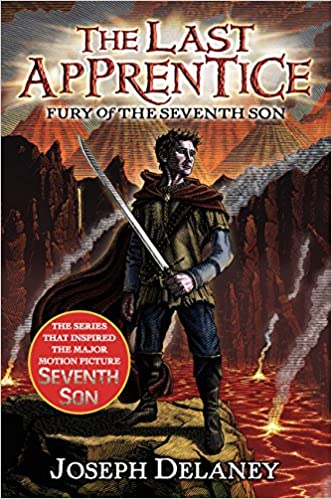 Fury of the Seventh Son: The Last Apprentice by Joseph Delaney

It took me several days to write this review after finishing the book. It felt rushed in some ways, like the author was trying to get to the next series The Starblade Chronicles. Abrupt changes in characters and story lines that half ended left this reader feeling disappointed and disappointed that this is the end of the series. Slither and I am Alice seem to have been prep for the other series, as the pay off in this book was more like a half-hearted attempt. Some of the story was predictable, Gregory dies and Tom takes over as county Spook; Grimalikin survives and defeats another witch assassin; The Fiend was defeated, and other small bits could be predicted. What could not be predicted and was not really explained was Alice’s bond with Lukrasta, why the Starblade is buried, why so much was glossed over or not mentioned.

This reader is really torn, the series ended but it seems this book was more of a set up to the next series instead of a finale to the series. It was not a bad book, it was not a good book, it was disappointing in some sense, it was able to provide finality for parts, and overall it was a book with characters the reader knew.

Tom Ward = heartbroken by Alice leaving him for Lukrasta, he tries to save the county, helps Grimalkin reset her leg. Defeats Lukrasta but does not kill him when Alice begs for his life. Becomes the county Spook and does not go with Grimalkin to fight the Kabalos.

Alice Deane = gives Tom the sword that she went into the Dark for but says he wont need it, leaves Tom a good-bye note when she falls for Lukrasta, steals the Fiend’s head from Grimalkin but will not kill Tom, Gregory, or Grimalkin. Warns Tom that if the Fiend dies a worse threat will arise.

Grimalkin = breaks her leg trying to protect Alice from Lukrasta (at least that is what she tells Tom at first, tells him the truth about Alice and Lukrasta after he battles them at the Dark Tower. Makes Tom a sword that protects him from dark magic. Asks Tom to not be the county spook and instead fight the Kabalos with her (he declines, but says if they come to the county he will fight along side her).

Spook Gregory = updates his will to leave everything to Tom, thinks something is impersonating Tom’s mother and it might not be right to sacrifice Alice. Dies fighting to destroy the Fiend.

Mab Mouldheel = 17 years old, malevolent witch, leader of a witch clan, sees the future of who will live and who will die in the fight against the Fiend.

Lukrasta = dark mage, thought to have died when reading the Doomdryte, but actually pulled it off and appears when Alice starts to try and read it. Locks eyes with Alice and the two are instantly connected. Claims he shows Tom the future of how devastated the county will be if the Fiend is defeated.

Kratch = Boggart that Tom makes a deal with to protect the house. Comes to Tom’s aide at the Tower and during the fight against the Fiend. Drinks Tom’s blood three times.

Nicholas Browne = the spook that wrote about the Kobalos

Katrina = witch assassin of another clan, defeated by Grimalkin.