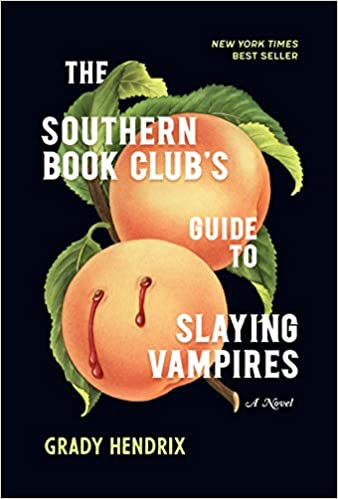 It is hard to review this book, the topic is a favorite of this reader and the characters are interesting. However, in the few days between finishing this book and writing this review feelings on this book shifted. The immediate reaction when reading is that this was such a fun story, but despite an interesting plot there just was something that left a reader feeling disconnected from the main characters.

The characters were almost predictable and were not fleshed out fully, it is hard to explain but while the plot was interesting it seemed you had more of a glance into each character’s personality making hard to connect and care about the characters. It could be that the characters were meant to be that shallow, it just seemed a disappointment.  The plot was great, a vampire returns to an area, lures children into the woods to feed off of them, creates wealth in part of the community, but the main character suspects what the vampire truly is and how she manages to rid the community of the vampire.  The elements are there for a great plot, and the story is engaging. For future readers of this book, please be warned that the story and plot are entertaining but the characters are lacking.

Patricia Campbell = 39 year old housewife, has 2 children, thought James was dead when she first met him, realizes he is a vampire, but struggles to convince others, ignores that her husband is cheating on her because her life is comfortable

James Harris = claims to be Ann Savage’s nephew, gets Patricia to help him set up a bank account and other accounts in town, gets the men in the Book Club to believe him over their wives.

Korey = Patricia’s daughter, Patricia has a hard time connecting to her

Miss Mary = Patirica’s mother-in-law, ends up living with Patricia and Carter (because his brothers will not rotate as planned), has dementia, recognizes James Harris and tells Patricia about why she should be careful about James

Carter = Patricia’s husband, trying to be Chief of Psychiatry, uses his position to force Patricia’s hand, goes into private practice and gives seminars, does not believe Patricia when she warns him about James

Slick Paley = doesn’t get social cues, eager to help Patty look into James and if he is a drug dealer

Grace Cavanaugh = lives 2 doors down from Patricia, suggests alternating true crime with other books to the book club, Patricia unloads her worries to her, tells Patricia she is imagining crimes after her husband hears of what the book club thinks of James

Kitty Scruggs = smoker, tells her husband the book club is bible study, give Patricia supplies from when her mother-in-law lived with her when Miss Mary moves in

Maryellen = has 3 girls, her husband is a police officer, agrees to help Patricia because they are friends

Ursula Green = helps Patricia with Miss Mary, tells Patricia about the kids in her area being taken into the woods and strange things happening to them