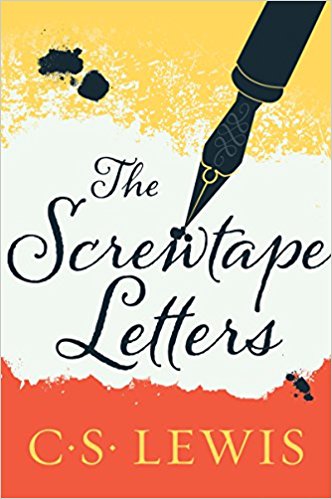 The Screwtape Letters by C.S. Lewis

Each letter provides the read food for thought on different part of philosophy.  Yes the letters are about a fight for a single man’s soul between good and evil (or heaven and hell, or God and the Devil) but that is the surface.  If the reader stops after each letter/chapter and reflects on the topic discussed I think the reader gets more out of the book.  If you just blast through and read all the letters without stopping you don’t have a chance to internalize and see how what is discussed is still relevant to modern day.

This is not a heavy book, but readers should be able to pick up that there are many parts that could have been written today.  My notes in the book range from being reminded of a quote by Michael Jordan about not giving up to a quote by Mother Teresa and many of thoughts in-between.  I think that is the amazing thing about C.S. Lewis, yes it is philosophical and focuses on Christianity, but his writing can go beyond that.  I was reminded of Greek mythology and other religions as I read and how similar some of the religions are.

This book was a reading of love and enjoyment, but not one that I breezed through, partially because I enjoyed taking a break and reflecting on letters and partially because it is formatted in a way that you can step away for a bit.  The letters don’t always follow a pattern that you need to read each one in order, and they build on each other but not in a way that you must read them immediately after you finish the previous one.

A bit different than what I would typically lean to for reading, but it was a great read.  I can’t believe how many notes I scribbled.  This is one that I might go back and re-read or at least look at my notes in the margins.

I think this author’s greatest gift is that he made religious and philosophical reading more appealing to the average person and that he creates memorable characters.  There are no physical descriptions of Wormwood and Screwtape, but I have an idea in my mind what they might look like and sound like from these letters.